According to , Shell plans to withdraw from tight gas exploration project on Yuzivska area on the East of Ukraine. 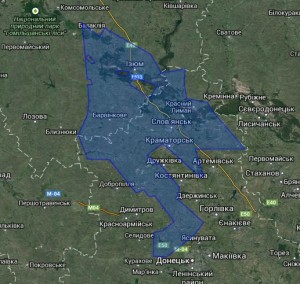 Sources familiar with the situation said Ukraine’s government received a “Notice of Withdrawal” from Shell.

In an emailed statement, Shell said it “has been prevented from performing its commitments under Yuzivska [a production sharing agreement] for an extensive period of time due to Force-Majeure, i.e. circumstances beyond Shell’s control.”

The company added: Due to the said events, project implementation conditions have been materially changed. Therefore, we have begun discussions with the Ukrainian government and our partner Nadra Yuzivska LLC on the way forward with the PSA, pursuant to its terms.

Back in July 2014 Shell took the contractual step of declaring force majeure on some specific obligations of the Yuzivska PSA. The purpose of such a step was for the parties to the PSA to be notified that Shell is unable to perform certain specific activities, in the timeframe agreed under the PSA, for reasons outside of the company’s control. Shell has continued only those operations that can be performed safely, such as some data acquisition and analysis, cooperation with universities and some social investment projects.