According to the estimates of US Energy Information Agency Russian Federation has 8 trillion cubic meters of technically recoverable shale gas reserves.

Sergey Sorokin, research scientist at Russian and World Oil and Gas Industry Development department of the Institute of Energy Research of RAS, names the “Integrated state program of the mineral raw materials base development and hydrocarbons extraction from non-traditional sources” prepared by The Russian Oil Scientific and Research Geological Surveys Institute in 2011 as the most detailed document on non-traditional  hydrocarbons extraction in Russian Federation. According to this program the resources of shale gas (category D1 and higher) in Russian Federation have been estimated at the level of  48,8 trillion cubic meters. On the whole, different preliminary estimates of shale gas reserves in Russian Federation vary significantly and are in broad range of 20 to 200 trillion cubic meters. Main shale gas areas are located in Western and Eastern Siberia. 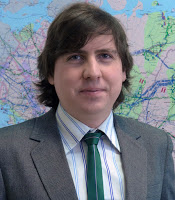 Deputy General Director on gas projects of   remarks that in Russia, just as in most countries, there were no detailed analysis of shale deposits resource base. The estimates, which are being provided by some foreign consulting companies and respected analytic centers, are not of high value as they are based on preliminary calculations taking into account the age and the thickness of shale deposits and approximate data on gas bearing capacity. The issue of detailed investigation of shale deposits being of immediate interest for a number of most active in shale industry countries, which do not own significant traditional natural gas reserves or where such reserves are already exhausted, is not currently important for Russian Federation. As for now, Russian Federation owns the largest proved traditional natural gas reserves in the world, which could support current extraction rate during 100 more years.

“Besides, –  adds Mr. Grivach, – due to exploration of new traditional natural gas fields in Eastern Siberia and on the shelf this resource base could be significantly extended. Investing in exploration of shale deposits under such conditions is absurd from the economic point of view and could be reasonable only in the interests of the science or very distant future generations”.

Sergey Sorokin also does not see the potential for shale gas extraction at least till 2040 due to high extraction costs comparing to traditional natural gas and huge reserves of the latter.

Taking into account lack of demand in shale gas extraction there are no any exploration activities on shale gas in Russian Federation nowadays.

At the same time, the technologies of horizontal drilling and multi-stage hydraulic fracturing are being developed in Russian Federation and are beginning to be used to extract oil from tight formations and shale oil. , Gasprom Oil (Gasprom Neft) company has drilled 68 horizontal wells in 2012 and performed multi-stage hydraulic fracturing operations (from 2 to 6 stages) at the 19 out of them. In 2013 it is planned to drill 120 wells and to perform hydraulic fracturing operations at 70 wells with growing number of fracturing stages. The company also develops it competencies in drilling multiple horizontal wells from single well pad and already has the experience of drilling 4 bores horizontal well. In 2013 it is planned to drill 18 multiple wells (3-4 wells per well pad). Shale oil reserves in Russian Federation could be as high as about 100 billions tonnes of oil equivalent. ‘Gasprom Oil’ company has drilled the first inclined directional exploration well through Bazhenov-Abalakskyi layer of Palyianovska area in Khanty-Mansiysk Autonomous District and received oil inflow without fracturing. It is planned to drill 14 wells at this area till 2015 including 5 horizontal wells with multi-stage hydraulic fracturing. One more shale oil extraction project is being realized in cooperation with Shell through joint enterprise Salym Petroleum Development.

Alexey Grivach positively evaluates the perspectives of shale oil extraction, however also indicates the difficulties facing such projects: «The potential of oil extraction from the deposits of Bazhenov formation in Western Siberia, which is not shale oil formation in a geological sense, but is similar to the largest oil reach formation of Northern America Bakken shale by its characteristics (permeability and the depth of layers), has been being studied for a long time. Due to gradual depletion of conventional oil reserves in the region and high world oil prices, investment in the development of such formations is becoming increasingly attractive. Moreover, the Russian government has provided tax incentives to these projects. Another factor is a developed infrastructure in the region. Recoverable reserves are estimated in the amount of several hundred million tons. However, their development is associated with high costs and a higher level of risk. One of the main problems is that even within the same field characteristics of the layers and the reservoirs are different, and thus require detailed investigation and individual approach. Typically, the oil lies with a certain amount of methane and other hydrocarbon gases. Bazhenov formation is no exception. However, there is no place for industrial natural gas production in this case. Perhaps, this oil associated natural gas can be used to cover the power demand of oil extraction sites, which are very energy-intensive, but this should be decided in each particular case».