On the 5th of March 2015 American Chamber of Commerce hosted the round table on the improvement of environmental permitting procedures in oil and gas industry. 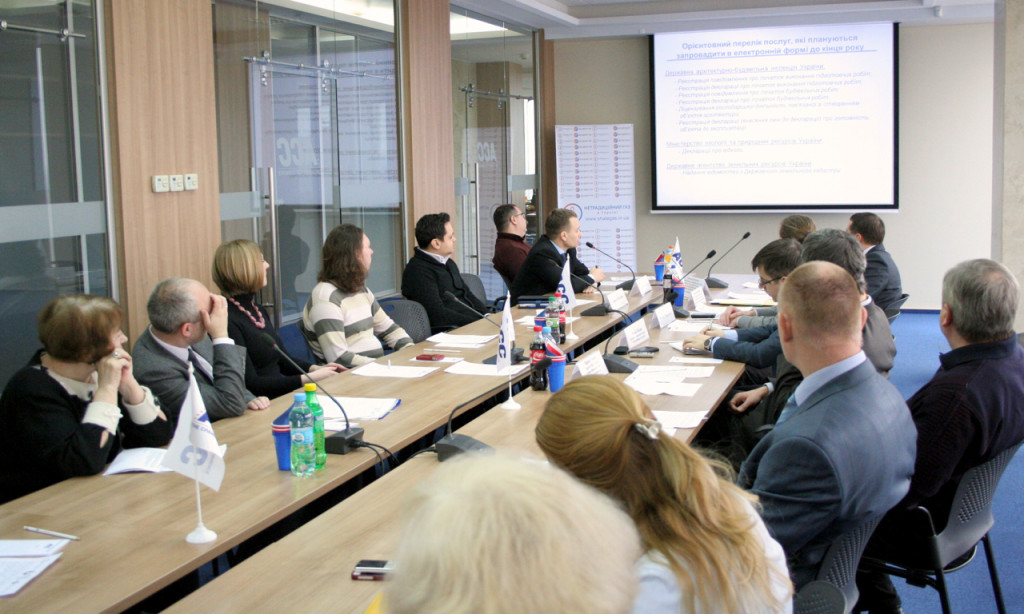 The participants of the round table underlined the urgency of approving the procedure for waste permit issuance as well as further improvement of environmental permitting procedures, in particular, by introduction of e-government tools.

«During the last ten months Ukraine does not have functional waste permits issuance procedure, and this regulatory gap, clearly, complicates the companies’ business operations and the functioning of the state authorities – departments of ecology and natural resources of the regional state administrations», – stated Kyryl Tomlyak, director of LLC KT-Energy, while opening the meeting.

«The waste permit issuing procedure is currently a top priority, however other environmental permitting procedures also need to be updated, in particular, by introducing the option of electronic permit applications», – commented Mykola Shlapak, the consultant of Unconventional Gas in Ukraine project.

According to Oleksandr Semenets, the deputy director of the Department of Permitting and Licensing and Regulatory Policy at the Ministry of Environment and Natural Resources, the draft procedure for waste permits issuance was developed on time and was sent to the relevant state authorities for gathering comments and approvals back in May, 2014. However, the approval process has been delayed and due to the appointment of the new Cabinet of Ministers of Ukraine on 17 of January, 2015 the draft procedure was sent for a new round of comments and approvals gathering.

Vitaliy Makovskyi, the Head of the Permitting System unit of the Deregulation and Business Activity Development Department of the Ministry of Economic Development and Trade of Ukraine, presented the achievements in deregulation and permitting system improvement, including introduction of electronic documents exchange practices.

«The basis for electronic documents use during permitting procedures and electronic applications was established by the Law of Ukraine №1252, which was adopted in May, 2014. These provisions will be also incorporated in the amendments of specific laws covering different permit requirements during future imrovements of permitting system legislation», – stated Vitaliy Makovskyi.

Vitaliy Makovskyi also mentioned that after entering into force the Law of Ukraine №1580 adopted by the Parliament the permitting centers will be eliminated and their functions will be transferred to the centers providing administrative services. However, this will not impact the permitting procedures from the perspective of applying companies.

Ministry of Economic Development and Trade of Ukraine in cooperation with the State Agency of Electronic Governance of Ukraine developed a plan of electronic administrative services introduction. The list of priority administrative services for the introduction in electronic form, which also includes environmental permitting documents, was developed and presented for public discussion.

Danylo Molchanov presented the work of the State Agency of Electronic Governance of Ukraine with respect to the development of electronic system for handling waste permitting procedures.

The round table was organized by LLC KT-Energy within Unconventional Gas Institute Project run by Shell Exploration and Production Ukraine Investments (IV) B.V. together with British Council Ukraine.