Chevron was granted the priority right to sign product sharing agreement for Oleska area based on the results of the first tender for the priority rights to conclude PSAs for shale gas extraction projects in Ukraine, which was held in 2012. 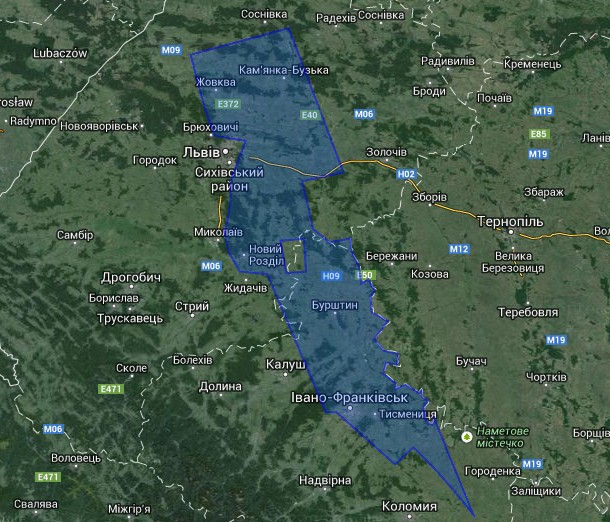 The average population density in the administrative districts within Oleska area is about 67 person per square kilometer.

Ivano-Frankivsk regional council approved the draft of hydrocarbons sharing agreement between the state of Ukraine, Chevron Ukraine B.V. and LLC Nadra Oleska on 20 of September 2013 and Lviv regional council – on 3 of October 2013.

Products sharing agreement between the state of Ukraine, Chevron Ukraine B.V. and LLC Nadra Oleska was signed on 5 of November, 2013. The term of the agreement is 50 years.

The expected amount of investment at the geological exploration stage is USD 350 million, including:

On 9 of April, 2014 State Service of Geology and Mineral Resources of Ukraine issued special permit for subsoil assets use on Oleska area for the 50 years period.

As for July 2014, the negotiations on signing the operational agreement to commence the project are still ongoing.

According to the estimates of the adviser of Minister of environment and natural resources Volodymyr Ignashchenko, in case of successful exploration and confirmation of commercial unconventional hydrocarbons reserves total number of wells at Oleska area will not exceed 800-1000 units during 50 years of production, and the area of well pads will not exceed 200-250 hectares.