European Commission’s ICT Policy Support Programme funded the aiming at the improvement of environmental permitting procedures through the deployment of e-governance tools.

During 2012-2014 Greek based consulting company in cooperation with partners developed within the eEnviPer project workflow management software based on cloud services for electronic environmental permitting. The eEnviPer platform was pilot tested in five different institutional authorities in Greece, Serbia, Croatia, Turkey and Italy. 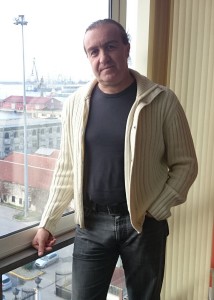 We have asked Dr. Evangelos Kosmidis from Draxis, who was actively involved as the project coordinator in the development of electronic environmental permitting system, to present the results of the project.

Was the project successful? Which European permitting authorities has implemented the e-permitting system developed within the eEnviPer project?

The E-Enviper has been one of the success stories of both the European Commission’s CIP program as well as our Company’s history. The system developed for the European project was later implemented with some parameterization and adaptation to the services of the Ministry of the Environment in Greece and is available online at (currently on a pilot use).

The main users of the Electronic Environmental Registry include the developers if EIA reports,   the competent environmental licensing authorities and citizens and environmental groups, consulted during environmental permitting process.

Also the has subcontracted DRAXIS to develop a similar system for the waste permits regulated also by the same ministry. It has been developed but not deployed yet.

Pretty much everything. There is a library tool as well as a guidance tool (based on the legislation). Then the whole procedure is covered both for the “client”, which is normally the consulting agency or the actual company (industry), and for the public agency (ministry) for managing and following all the steps of the permitting procedure. Some of the features are: multiple assignments to different employees, multiple categories, completion time attendance, specific alerts, multiple updates to all involved parties for every step of the procedure, performance indices, submission of text, submission of multiple files, submission of photos and plans, submission of zip files, controlling the size of the submissions, electronic approvals from the assigned persons, electronic approvals from the directors of specific divisions to the various actions from various employees, continuous tracking of the application (after logging in to the system) and the various statuses of the various actions (checking, examining, rejecting, accepting e.t.c.).

Are environmental permits available for the public via open online registers in your country?

Yes they are. Currently they are doing this manually at , but the plan is to ensure the automatic publication of permitting documents using the newly developed system and unifying it with the old one. The only issue is that permits cannot be published in this way, if the documents have been issued before the system was developed (before 2012). However, this will not be an issue after 3-5 years since, by then, everybody must have renewed their license (permit).

Does the implementation of the electronic system reduced the time needed for the permitting procedures?

Yes, by more than one third of the time. Till now a normal procedure would require something from 6 to 18 months and now it can be done in a matter of 3-6 months. It all depends on the willingness of the local authorities to apply the legislation and the various fines. In any case even in Greece it is not yet fully deployed since they currently are using it in parallel with the off-line system in order to “train” the employees and get the users accustomed to such a system.

What are the other advantages of electronic environmental permitting?

What were the largest challenges during the implementation of the project?

Technical issues dealing with the confidentiality of the various information as well as Security issues for accessing the various parts of the portal. It is planned that the electronic signatures will be implemented but we are stuck to the fact that it has not yet been “legislated” to the national laws. This is a general problem that has to do with the current stagnant situation of the reforms in Greece which have been announced but not implemented (or even started) in the last 2-3 years.

I would also add the bureaucratic mentality of the employees of the permitting authorities to this list. When designing a project like that, one pre-assumes the willingness for participation of the involved parties and tends to ignore the bureaucratic mentality that was prevailing till now. Luckily, this is fortunately starting to change now. After overcoming the most important issues of explaining to people the obvious fact that the new electronic services will be faster and more efficient, one starts to realize how much time both public servants and actual clients (companies and citizens taking advantage of the various services) can save. Nevertheless I witnessed the mentality of all the involved parties, positively changing gradually in the course of the 2.5-year project. This was really impressive and encouraging for me.