Poland has so far gained the largest progress in shale gas projects development among the European countries. Anna Piotrowska, Associate in in Poland, comments for “Unconventional gas in Ukraine” informational project on shale gas perspectives in Poland, evolution of the national and EU regulatory base and the need for the balance between the economy and the environment. 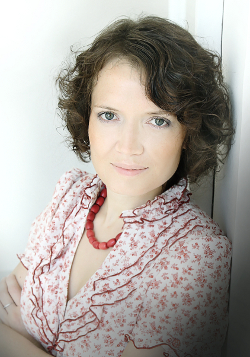 - What is your general feelings about the perspectives of shale gas extraction in Poland taking into account lack of commercially viable gas flow rates so far and some companies leaving the country? Are you still positive about the future of shale gas industry in Poland?

For as long as Poland remains at the stage of prospecting and the exploration of shale gas deposits, with few exploratory wells drilled to date, it is hard to predict the commercial viability or the scale of the extraction of this resource. This view is corroborated even by the discrepancies in the estimates of shale gas reserves in Poland by various government agencies, consultancies and the Polish Geological Institute.

From the perspective of an adviser to investment companies in Poland it would appear that the lack of a stable legal environment seems to be the primary obstacle to the continuation of shale gas projects. In 2012, a new Geological and Mining Act came into force, which was primarily aimed at liberalizing the existing regulations, making them more flexible and market-oriented, so as to create a market with clear and transparent rules and an even playing field for both Polish and foreign investors. Life however, proved this Act to be too imprecise, it left a number of issues unsolved and thus remained a major hurdle to any investment in shale gas. Prospective investors complain about the absence of industry-specific regulations for shale gas and indeed, we suffer from the lack of industry-specific regulations for the whole mining industry. Amongst the major hurdles to prospective investors are the excessive bureaucratization of the concession-award process, rigid rules applicable to geological works, complex tendering procedures for competing applications and lastly – the absence of co-operation agreements, drilling contracts known from other countries.

Debates following the enactment of this Act have led to new efforts on its amendment. However, the draft amendments to the Geological and Mining Act take no account of the problematic issues mentioned above; they are highly controversial and came under heavy criticism by the hydrocarbons industry and representatives of conventional mining.

The proposed tax on hydrocarbons is another source of concern. The introduction of such a tax may lead investors, who can operate in other markets without such financial impediments, to abandon investment in shale.

Environmental issues are a case apart. Current regulations are rather liberal and generally accepted by the business community, but there are concerns about plans for the introduction of common EU regulations with this regard, which would be more restrictive, or toughen up the already existing directive on environmental impact assessment.

Summing up, one can say that at the current stage of exploration of shale gas deposits there is no shortage of positive results of these efforts, while the lack of a stable legal framework is the biggest impediment to the development of the shale gas market. However, I hope that the changes promised by the new Minister of the Environment, i.e. fast-tracking work on the amendment of regulations and broad industry consultations will allow the adoption of a modern Geological and Mining Law in Poland, capable of encouraging investors to launch shale gas projects. This could eventually provide the answer to the question about commercially viable shale gas reserves in Poland. I am sure that confirmed exploration results and a stable regulatory framework will lead the development of extraction activities.

- In Poland, a concession should be granted to any company willing to explore for shale gas. What are the benefits of such regulatory approach in comparison with project sharing agreements, which are often used in Ukraine? Is the conclusion of PSA possible in Poland?

Nonetheless, a PSA agreement may be concluded between an entity, which obtained a concession and another entity, interested in collaborating in a particular concession area. If such entities reach agreement, they may enter in such an agreement. However, it is the holder of the concession that remains responsible for performing the obligations stemming from the concession, rather than other entities, with which it may collaborate in exercising the concession.

One drawback of the current concessioning system, as I have already said above, are the lengthy and complex tendering procedures, which apply where two or more competing applications for concessions are filed for the same area. The absence of separate regulations on PSA agreements is not a barrier, because such agreements are made in Poland – concessions may be contributions in kind to companies, in which two or more parties are shareholders.

You are right in saying that Polish environmental regulations have been liberalized last year, but this does not mean that any well shallower than 5000 may be drilled without any restrictions. There are additional criteria to be satisfied in order to dispense with the requirement for a full environmental procedure. With this regard, Polish law is less restrictive than the originally announced plans for amendments in the EU directive, under which all projects associated with prospecting for shale gas, would require an environmental impact assessment.

Please note that the EIA directive has not been amended as yet. Measures have been already taken with this regard and proposals on mandatory environmental assessment already at the prospecting and exploration stage of shale gas have been proposed. Poland very strongly objected to these changes and in December, at the meeting of the Council of Ambassadors of the EU, Poland, the CzechRepublic, Slovakia, Hungary, Great Britain, Ireland, Romania and Greece protested against the adoption of the amendments to this directive, as proposed in the draft submitted by the European Parliament. According to new information, the draft amendments to the directive are soon to be negotiated and the original text of the proposed amended regulations will not be adopted. Considering the upcoming elections to the European Parliament, the adoption of amendments to this directive seems unlikely in the nearest future.

There are two types of such charges in Poland. One is the fee for the utilization of the environment, payable by all businesses using the environment (producing emissions, air pollution, water pollution or waste, etc.). The second type is the concession fee paid by the concession holder, of which 40% is allocated to the National Environmental and Water Management Fund. Moreover a mandatory provision (literally: deposit liquidation fund) for the liquidation of the deposit must be made, to be used, inter alia, to pay for the necessary environmental protection activities and land rehabilitation following mining activities. The concession holder has to allocate at least 3% of depreciation on the fixed assets of the mining operation to this provision (fund).

Moreover, entities which caused damage in the natural environment are liable for damages under the Civil Code.

- What are you expectations from the expected changes to both Polish Geological and Mining Law and EU regulatory framework for shale gas industry? Will there be a balance between stimulation the investments and measures to eliminate environmental risks?

The proposed changes to Poland’s laws with this respect deal mostly with the streamlining of administrative procedures and the introduction of regulations, which would be more representative of the current condition of the mining industry. These changes also apply to environmental regulations, but this area is not crucial to the development of this industry. The new Minister of the Environment has announced speeding up work on amendments to the Law, but also declared his intention to hold consultations with the mineral industry to ensure that the amended regulations may contribute to the development of this sector. If such a constructive dialogue is really initiated, then we will have the chance to have a comprehensive legal act regulating geological and mining activities in Poland.

On the other hand, the regulations proposed at the EU level, are indeed focused on limiting the detrimental impact of activities related to shale gas on the environment, rather than on the management raw materials, which is an exclusive competence of the Member States.

If EU regulations are toughened up, they will have to be transposed into Polish law. However, Poland is launching political initiatives and undertaking talks with other countries with a view of developing a consensus with this regard, i.e. to bring about the adoption of regulations capable of protecting the environment, but without blocking the shale gas market in Poland.

A solution capable of balancing environmental and economic interests would be optimal and reasonable, much as this may seem idealistic today.