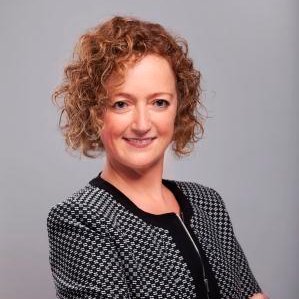 Magda Pavlak-Chiaradia is ERM Poland’s Managing Director located in Warsaw Poland. She has degrees in Environmental Geology and Business Administration from the US with a background in impact assessment, permitting, water management and contaminated site management as well as sustainability, focusing strongly on industries, the public sector and oil & gas. Magda has managed the shale gas development for most of the Majors as well as several independents in Poland from site selection, environmental risk assessments, environmental monitoring, site design and permitting, well pad construction and reclamation.

Dr. Walter Heinz is a geologist and Partner with ERM Central Europe, with a special focus on ERM’s oil & gas clients in this region. Since 2001 he has been deeply involved in Environmental and Health & Safety aspects of shale gas projects, especially in Poland and in some other European countries, and he has been involved in a number of related studies with special focus on non-technical risks and stakeholder aspects. He is regularly presenting these themes at international conferences. Since April 2014 he is the Managing Partner of ERM Environmental Resources SRL ( Romania) and based in Bucharest.

Do you think the US shale gas success could be replicated in Europe in the near future?

The initial exploration results that have been published suggest that some of the initial Polish shale gas resource estimates were exaggerated. Although it is confirmed that natural gas exists in Polish shale, it doesn’t look like a really big gas play. Poland may still be a front runner in Europe for several years – mostly because we don’t observe quick movements in other European countries (maybe except for the UK), but I don’t see it emerging as a leading shale country in Europe, or the first European country where the US shale gas success is replicated. At the moment the Blackpool area in the UK looks more promising than the Polish shales.

In order for there to be success, European countries, as Poland, need to determine how interested they are or whether they need to diversify their energy policy in light of the current political turmoil in Russia and Europe and incentivize international companies which have the experience and know-how to effectively evaluate the shale gas potential of a plan. Incentives should include a streamlined permitting process which allow for effective review and approvals of permits so that as many holes can been drilled and tested. Only when there is enough information can success be attained.

You have mentioned in your presentation during UEF2014 that anti-shale moods prevail in Europe, mainly due to widespread believe in potential environmental risks. At the same time, Poland significant public support for shale gas extraction. What are the reasons for more positive perception of shale gas in Poland comparing, for example, to Germany or France in your opinion?

The main difference is the stronger dependency of Poland from Russian gas, which is not balanced by other economic dependencies between Poland and Russia (as it is the case between e.g. Germany and Russia). This is also linked to the joint history in the Warsaw Pact, and the related strong wish of Poland to become as independent from Russia as possible. Compared to other European countries, this seems to dominate above environmental concerns. Likewise, there isn’t as strong of a lobby against shale gas as there is in other countries such as in France and Germany. Both of these countries, for example, have a strong “green” lobby which effectively skewed the public opinion against shale gas and thus banned fracking in these countries. Although there were attempts of such lobbies in Poland, the local political will outweighed the lobbies’ interests.

Polls show that the support of shale gas extraction in Europe will be higher if proper health and environmental safeguards are in place. In your opinion, is it necessary to develop EU wide regulations on shale gas extraction and hydrofracking to safeguard human health and environment? Are Recommendations on minimal principles for unconventional hydrocarbons extraction approved by European Commission sufficient for this purpose?

In my opinion the issue isn’t the lack of regulations but a lack of information. The discussions around environmental risks are mostly stimulated by fear and emotion propagated either by anti-shale lobbies or by media which are more interested in scandals rather than facts – because hype sells better.

In my opinion, more regulations will not make a difference in the public perception of this technology, although this may be in contradiction to the referred polls. It requires more balanced information from all sides – government, operators, experts, etc. Part of the discussion needs to include a frank discussion on energy diversity and the benefits of having and using domestic gas resources versus importing gas.

How it is possible to solve the “reputation problem” of hydrofracking technology? Who should play the leading role in this process to succeed (industry, government, NGOs and think-tanks etc.)?

As mentioned in my previous answer, true information about the benefits are generally missing in discourse. Information sources are grossly dominated by reports about potential (and often unproven) environmental impacts and risks. What is missing is the promotion of domestic gas resources and how they can be safely produced utilizing case studies as well as the economic benefits. This communication campaign needs to be carried by the government as well as industry groups.

What are the real most serious environmental risks of unconventional gas extraction projects? Are their technological or regulatory mechanisms to overcome them?

Records from the US, where this technology has been applied for many years and on a large scale, suggest that the main environmental risks are associated to activities at the surface, i.e. the handling of water endangering substances. In this respect, the environmental risks are not very different from conventional oil & gas activities already occurring throughout Europe, except that the use of water endangering substances is on a larger scale with unconventionals. Reports about subsurface impacts (e.g. contamination of groundwater) are rare and considered low risk.

Your company is involved in baseline environmental assessment of Yuzivska area in Ukraine. How important is such baseline assessment for unconventional gas projects? What aspects should be analyzed during such study?

Baseline assessments are very important to demonstrate the condition of the project area before starting any field activity (e.g. drilling of wells). There are two aspects that are crucial, one is to document pre-existing conditions such as contamination and the second one is for comparison once activities have been completed. The latter allows operators to evaluate whether field activities impacted the environment allowing them to document the true impact, if any, their activities had onto the surroundings. Often this is done prior to entering the site, then after drilling, fracking and potentially at the end of exploration activities during reclamation of the site.

What should be analyzed? ERM recommends testing of soil and groundwater for substances that are being used in unconventional gas projects, and – very important – natural gas in groundwater (or even natural gas vents) before starting any field activity. Lastly, air quality may also be baselined and then tested as there have been allegations that air quality is also impacted.