Potential negative impact on human health is often treated as one of the most important reasons for blocking intensive shale gas extraction projects. Dr Larysa Dyrszka describes main sources of such impact, potential consequences and ways of its minimization.

Dr Larysa Dyrszka is a graduate of Washington University School of Medicine in St Louis.  Following residency and board certification in pediatrics, she practiced general pediatrics and held the position of Director of Pediatrics at Holy Name Hospital in Teaneck, NJ.

Dr Dyrszka has become an advocate for health on the issue of gas drilling.  She is a founding member of Sullivan Area Citizens for Responsible Energy Development.  Together with fellow NY medical colleagues, she founded Concerned Health Professionals of New York.  Additionally, she has attended the first US conference on Health Impact Assessment (HIA) in Washington DC, and participated in the Twelfth International Conference on HIA. 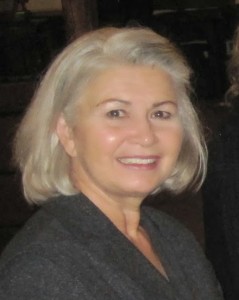 Unfortunately, we don’t have a complete understanding of all of the impacts that shale gas extraction and distribution has on human health.  There are several reasons for this, but the most important is that the US Congress granted exemptions to the most important parts of our federal environmental and public health laws.  This was the Energy Policy Act of 2005 ().  As a result, the federal environmental and public health agencies do not, for example, systematically track emissions from an aggregated area containing wells and other infrastructure, residents and doctors do not have access to the specific chemicals used, waste from oil and gas fields , radioactivity is not routinely measured.

From the information that we have,  there are risks to the following groups:

These are the major environmental stressors which have been identified in areas where this has been studied:

There are also significant community stressors: compromised worker health, housing problems, increased crime and sexually transmitted diseases, traffic, accidents, noise, and an unraveling of the community character and support structures.  And because this industry most often flourishes in the poorest and most rural areas, it exposes this vulnerable population to environmental impacts which have the potential to place added stress on their health.

- What health problems might people experience as a result of shale gas, drawing from the U.S. experience?

We (researchers, activists, doctors) are just beginning to document these.  They can impact any organ system.

This is a list of health symptoms temporally associated with gas drilling activities from  (Symptom/% of Individuals):

Other common complaints from population include anxiety/stress, nervous system problems including headaches and dizziness, and eye and throat irritation.

- Is it methodologically possible to prove the link between illness and shale gas? What are some studies that can be applied? At what stage it is appropriate to conduct such research?

I believe so, and it would require proving a pathway of exposure.  An exposure pathway is defined as the route a substance takes from its source to its end point, and how people can come into contact with it.

Exposure pathways are difficult to complete, especially when data is secret, unavailable, sealed or not collected.  Because of the exemptions from key parts of several environmental and health laws, the US federal government, including its environmental and public health agencies, are restricted in the data that they can collect.  As a result, there is no systematic, national-scale effort to determine if the health impacts that people appear to be suffering from are related to shale gas extraction and production.  Chemical lists are considered proprietary.  And then there are the non-disclosure agreements which people sign in exchange for a supply of water when their water well has become contaminated, or when people sue as a result of illness; they may receive compensation but most have to sign the non-disclosure agreement which means that they cannot speak to anyone about the possible cause of their illness.

In areas where the gas drilling is already occurring, there should be a systematic and comprehensive program of water and air monitoring, and with the information about chemicals used, extracted (including radioactive materials), produced and flared or vented fully disclosed.   Without this information, it is extremely difficult to test for all the possible toxins.  Pathways of exposure should be documented and access to well sites should be unrestricted for the federal and/or state regulators and independent researchers.  Where toxins are suspected or known, there should be risk assessments done so that the residents and health practitioners know what illnesses may be expected.  There should be surveillance of residents living in areas where gas drilling and infrastructure are located (and control populations studied as well for comparison), and a health registry as well as surveys could be used for that purpose.  These suggestions are just examples, and my medical colleagues could add more, I’m sure.

Where gas drilling has not yet begun (like New York State and Ukraine and other countries in Europe, as examples), there is a process called the Health Impact Assessment (), which brings public health into consideration in any major land use decision.  It is similar to an Environmental Impact Statement (EIS)—which should also be done prior to making the decision whether or not to proceed with gas drilling.  These two processes can be done together.  When done correctly, they are comprehensive, inclusive of all stakeholders and transparent.  The state where I live, New York, has a law in place which requires an EIS, and that is the reason New York has no drilling as yet.  The concern the medical community and environmentalists have raised in New York is that the EIS has not addressed the health impacts adequately, and for that reason we are advocating for an HIA to be also done.

I believe that the health risks are significant.  Having interviewed and documented the health histories of more than a dozen families, and read about hundreds more, I know that there is a temporal association between gas drilling and negative health impacts, that there is a plausible pathway of exposure, and that there is no better explanation for these people’s illnesses.

Regarding the McKenzie paper – I am not an expert on risk assessment, but I do believe, and in the opinion of others who are experts in this analysis method, their risk assessment is valid, and it is one of the first to show the association of illness with VOCs, and cancer with benzene, from gas development.  The authors address the advantages of this risk assessment process, as well as the limitations.  Importantly, they alert us to the need to study this issue more carefully, but I believe that these data should be adequate to take precautionary measures.

In this , which was just submitted for publication by the authors from the Univ of California at Irvine, researchers working in the Alberta gas and oil fields (called the Industrial Heartland) found that, “based on a 13-year record (1994-2006) at the county level, the incidence of male hematopoietic cancers (leukemia and non-Hodgkin lymphoma) was higher in communities closest to the Industrial Heartland compared to neighboring counties. While a causal association between these cancers and exposure to industrial emissions cannot be conﬁrmed, this pattern and the elevated VOC levels warrant actions to reduce emissions of known carcinogens, including benzene and 1,3-butadiene.”  In this paper, the authors do not claim a causal link, however, there is strong enough evidence to take precautions, such as reducing the VOC emissions and limiting exposure.  They also state that it is “important responsible to improve health surveillance and VOC exposure measurements, to utilize epidemiological studies that can better link environmental factors to disease, and to reduce exposures to pollutants that might plausibly be related to adverse health impacts.”

- Are there regulatory or technological measures which can significantly reduce the risks to human health in shale gas?

If we knew all the chemicals used and the composition of all the waste, and if the federal public health agencies were tracking all cases of illness near gas drilling and infrastructure, and if the environmental agencies could track all cases of contamination, I believe that we would find that, at this point in time, the technology is not advanced enough to prevent significant harm to human health.  Available studies, and preliminary reports from ongoing studies are indicating that this is the case.

Regulations are only useful if all the risks are known.  An Environmental Impact Statement together with a Health Impact Assessment, if done transparently and comprehensively, could inform a regulatory process.  However, to date, I know of only one HIA which was done together with an EIS, and that was in .   However, this was an intermediate-length HIA, and not comprehensive.

There are measures which can be taken to reduce harm, such as drilling only in unpopulated areas.  However, even then one still have to deal with the problems of climate change and impacts on waterways and animal life.  Green completions might help, but they are not being widely used as yet because they cost the industry more money to implement.

I believe that there are a number of problems with shale gas extraction including abandoned wells, well casing integrity issues and resulting air and water contamination, release of chemicals during flaring, diesel exhaust, dusts of crystalline silica, accident, food chain contamination etc., which cannot be eliminated with current technology.

The toxic chemicals are classified as secret, or proprietary, which hampers health studies, but we know it includes known or suspected carcinogens, mutagens, neurotoxins, hazardous air pollutants, and endocrine disruptors which have effects at very low doses.

Besides the environment, community well-being is another major determinant of health. In areas where the drilling has occurred it has splintered the residents into those who benefit financially – like those who have leased large acreages, some businesses like motels and diners, those who get jobs in the industry, drug traffickers, and politicians who are given money for their campaigns; and those who lose which is the majority of people – homeowners who have lost their water, the value of their homes and their health.  The stress of not knowing if and when that loss will occur is also significant, and research provides evidence that such stress can negatively impact a person’s health.  People already under stress from an underlying illness, or poor socioeconomic status, or because they are simply very young or very old and therefore a vulnerable population, suffer environmental and societal impacts less well than people who are not so stressed.