The difficulties with the production of methane from gas hydrates include technological constraints during extraction process and environmentally and safety risks associated with the possibility of unexpected emissions of large volumes of methane.

According to the , based on different estimates world reserves of natural gas in form of gas hydrates equal to from 283 to 2831 trillion cubic meters. However, practical extraction in the next several years is not realistic due to the level technology development and availability of existing natural gas reserves.

So far, there are only several research projects focusing on the development and testing of technological methods for natural gas production from gas hydrates. Few of them have already achieved some practical results and demonstrated technical possibility of methane extraction from gas hydrates on test wells, however it is too early to talk about commercial production.

As reported by UNEP , research works on gas hydrates are held at 42 sites around the world. 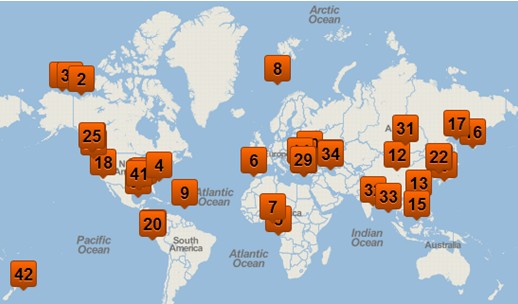 In particular, in May 2012 ConocoPhillips in cooperation with US Department of Energy and Japan Oil, Gas and Metals National Corporation  regarding natural gas extraction from gas hydrates in Alaska. The project was initiated in order to perform field testing of technology for methane production from gas hydrates foreseeing substitution of methane with carbon dioxide. Test well Iġnik Sikumi #1 was drilled in 2011, and methane was extracted starting from January till May of 2012. The mixture of carbon dioxide and nitrogen was injected under the pressure into the well drilled in gas hydrates holding formation. Molecules of CO2 were exchanged in situ with the methane molecules forming carbon dioxide hydrate, while free methane was released through the well bore to the surface. According to the  on the results of test production, during the testing period 4,74 thousand standard cubic meters of nitrogen and 1,38 thousand standard cubic meters of carbon dioxide have been injected into the well. About 70% of nitrogen and around 40% carbon dioxide released back to the surface along with the produced methane, other gases, sand and water. During test extraction 24,2 thousand standard cubic meters of methane were produced. 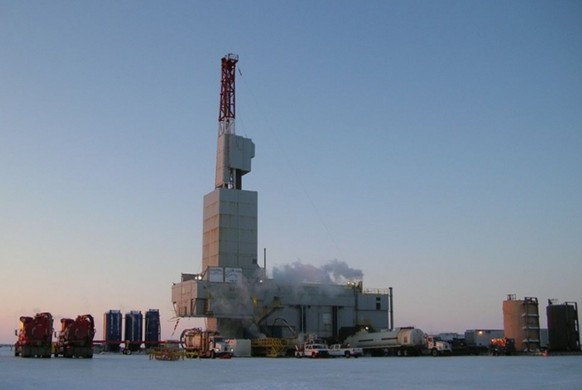 In March 2013, Japan Oil, Gas and Metals National Corporation , that the methane flow was obtained from the well drilled near Japanese shore. The well was drilled into gas hydrate holding formation at the depth of 270-330 meters from the sea bed. Well testing was performed beginning from 12 of March till 18 of March, 2013. In this project depressurization technology foreseeing simulated decrease of pressure inside gas hydrates formation and consequent release of methane, which is supposed to flow to the surface through the well bore, was applied. During well testing about 120 000 cubic meters of natural gas (around 20 000 cubic meters per day). The company  to drill one more well for testing the extraction technology at the second stage of the project and move to commercial production in 2016-2018.