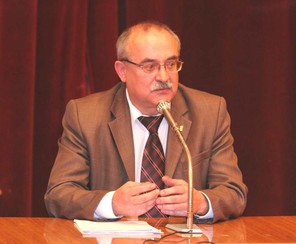 On 10th of May, 2012 the Cabinet of Ministers of Ukraine announced the companies Shell and Chevron as the winners of the tender on the right for the establishment of product sharing agreements (PSA) regarding, consequently, Yuzivska and Oleska areas, where non-traditional natural gas could be extracted. In contrast with the PSA on Yuzivska area, which has been signed by the Parties on 24th of January, 2013, the PSA on Oleska area is still being in the process of agreeing by regional councils of Lviv and Ivano-Frankivsk regions.

“Shale Gas in Ukraine” project has made the interview with the Head of Ivano-Frankivsk regional council, Mr. Vasyl Skrypnychuk, to discuss the process of negotiations and PSA agreeing perspectives.

Mr. Skrypnychuk, how do you assess the chances for agreeing the hydrocarbon product sharing agreement between the state of Ukraine, Chevron Ukraine B.V. company and LLC “Nadra Oleska” by Ivano-Frankivsk regional council till 24th of August, 2013 as it is prescribed by the decision of Cabinet of Ministers of Ukraine №415-р dated 12.06.2013?

This question will be considered by Ivano-Frankivsk regional council on its plenary meeting on 20th of August, 2013. It is better to go to the fortune-teller rather than talk about the chances for PSA approval now. Why? There is still a large number of open arguable issues.

What are in your opinion the benefits and risks of potential shale gas extraction for Ivano-Frankivk region?

One can read more about all these issues at the .

Taking this into account, please, comment the draft law of Ukraine #2438a dated 27.06.2013 and authored by Mr. Rudkovskyi, which propose to transfer the PSA approval right from regional councils to regional state administrations.

I doubt that this is Mr. Rudkovskyi’s own initiative… And as for the idea itself, I would say that the local governments even in such degraded form, which we have now, are the only outposts of democracy left in Ukraine. And thus, this draft law could be treated as yet another attempt of current state and power regime to liquidate additional part of powers of local governments. Local state authorities are even more dependent on Cabinet of Ministers than some members of Parliament, and that is why the state authorities want to decide everything without local governments.

How does regional council cooperate with Ivano-Frankivsk regional state administration in the context of shale gas extraction?

What do you think about the dialog between the community of Ivano-Frankivsk region and Chevron company?

I have almost not noticed such dialog on a serious level. There was an attempt, but only at the level of some regional local authorities.

And what is your estimation of the dialog and current cooperation with other potential party of PSA – LLC Nadra  Oleska?

Do you consult with you colleagues from the regional council of Lviv region on the issue of shale gas extraction at the territory of Oleska area?

Yes. We know that they are just planning to start considering this issue on the official level. Our regional council has informed our neighbors about the start of discussion of shale gas issue in Ivano-Frankivsk regional council and we have even invited several persons from Lviv region to take part in the work of working group specially formed for consideration of this issue.

Please, estimate in percentages the chances for approval ofproduct sharing agreement between the state of Ukraine, Chevron Ukraine B.V. company and LLC “Nadra Oleska” by Ivano-Frankivsk regional council in the nearest future.

Had at least main comments and proposals of our working group been taken into account, then the chances would have been quiet significant. If the interests of our region are further being ignored, than the deputies will have no sufficient reasons to vote for the approval. The main issues among others allowing our support are following: the inclusion in the agreement of the enterprise, jointly owned by the communities of the region, which could be added to the agreement instead of LLC NadraOleska; participation of Ivano-Frankivsk National Technical University of Oil and Gas in this project.

Separately, it is worth stating about the inclusion in the agreement of the guaranties for covering local needs in extracted products. It is the case, that Ukraine now also produces natural gas. Where and at what price is it supplied? Where will be shale gas be supplied and who will own it?

We have proposed to Cabinet of Ministers of Ukraine to analyze the comments to the agreement and, if it is possible, to amend the text of the agreement taking into account these comments and warnings of the members of the working group.

The Project Shale Gas in Ukraine kindly thanks Mr. Scrypnychuk for the interview and is ready to provide the opportunity to all mentioned and other interested parties to present their positions on the matter at our web-site.