On November 27-28, 2013 conference with participation of dozens of companies from unconventional gas industry and hundreds of visitors was held in Warsaw.

One of the major issues discussed during the conference was the transition from exploration of shale gas to commercial production in European countries.

At this time, Poland has achieved the most significant results among the European countries in development of shale gas extraction projects. By the end of November 2013 99 licences for shale gas exploration have been issued and 51 shale gas wells have been drilled, including 40 vertical wells and 11 horizontal wells. Hydraulic fracturing was performed at 24 wells. Despite of some companies leaving Polish market there is no significant decrease in drilling rates: 24 wells were drilled in 2012 and 19 wells have been completed in 2013, while 5 more are being drilled now. It is planned to drill additional 100-200 wells till 2016.

Industry members present at the conference were optimistic about the future of shale gas extraction in Europe and concurred in most cases that only time and investment will give specific answers on the the questions regarding the starting date of shale gas commercial production and potential production volumes.

Chief Geologist of Poland Piotr Woźniak made an example of a vertical well 3,5 kilometers deep drilled 3 years ago, which has been fracked in June this year. «The result was not enough. Well, it was a failure», – declared Piotr Woźniak. However, the owner of the well has analysed the results and repeated the fracturing operation at the same horizon and performed additional fracturing at higher horizon. «The results looked like more than expected. It was the success. – commented Piotr Woźniak not claiming the numbers. – It is a lesson, at least for me, that, first, it doesn’t really matters, which company does it, but what matters is the approach, the thinking and the techniques they decided to use; second result is – keep trying, as what looks like a failure at the beginning could be a big success at the end». 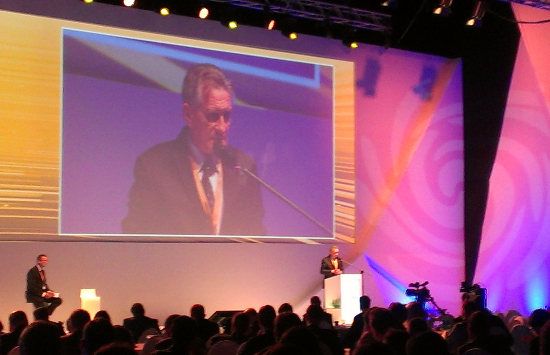 Market participants are waiting for the announced changes to European legislation, which will regulate application of hydraulic fracturing technology. These changes will be substantial as it is expected that 9 directives, including water directive and hydrocarbon directive, and 3 regulations will be amended and also 2 new pieces of legislation will be introduced. According to Piotr Woźniak there is no information on specific provisions of new legislative guidelines and there is still an ongoing debate between the Directorate-General for the Environment and Directorate-General for the Energy on the matter, but in any case the changes will be significant.

State company PGNiG is the most significant player in the shale industry in Poland and owns 15 licenses for shale gas extraction in 3 major basins of the country. 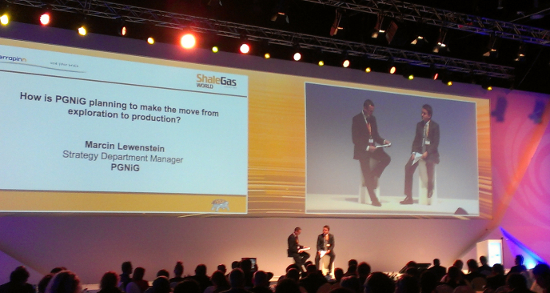 PGNIG Strategy Department Manager Marcin Lewenstein admitted during the conference, that extraction of shale gas in Poland is still at the early stage of development, however he is quite optimistic about the perspectives of shale gas in Europe. “Wells, which we have drilled so far, proved that stable and consistent approach to drilling with the aim of seeking the knowledge and understanding of different plays that we have in Polish shale will bring us good results”, – Marcin Lewenstein stated.

Shale deposits in Poland differ by their characteristics from US shales, however this does not offset their attractiveness for shale gas extraction. According to Unconventional Completions Technical Manager of Schlumberger George Waters, the peculiarities of each field should be defined at early stages of exploration program in order to adjust project development from drilling to completion and production. That is why, obtaining of detailed information at the stage of geological exploration and during exploration drilling and defining of optimal drilling sites both from reservoir characteristics perspective and surface conditions perspective is very important. All this measures allows optimizing drilling and completion processes and minimize the number of unproductive wells.

In Poland there is considerable support of shale gas extraction as a way for increased energy safety of the country. However, there also were some cases of active protests of local citizens against shale gas wells drilling near their towns and farms. As Marcin Lewenstein explained, despite general support, there is always some opposition, when the project starts at specific location, because of “not in my backyard” approach. “Good reputation coupled with numerous efforts to engage the public, to engage local authorities and opinion leaders, and to provide background information on how shale gas operation are conducted and information on the benefits associated with such investments (which are jobs for people, new infrastructure, new roads and bridges, water systems) – all this facilitates the mutual understanding between us and people we are working with”. 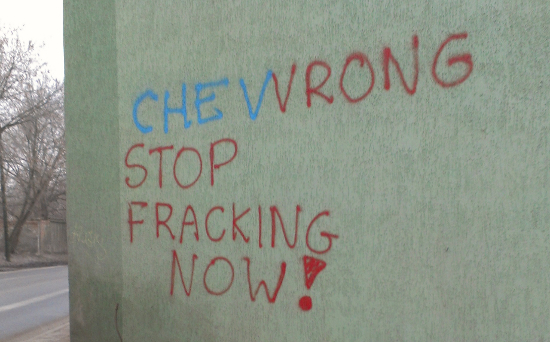