The United States of America possesses significant shale gas reserves that have become available for extraction due to the development of hydraulic fracturing and horizontal drilling technologies. 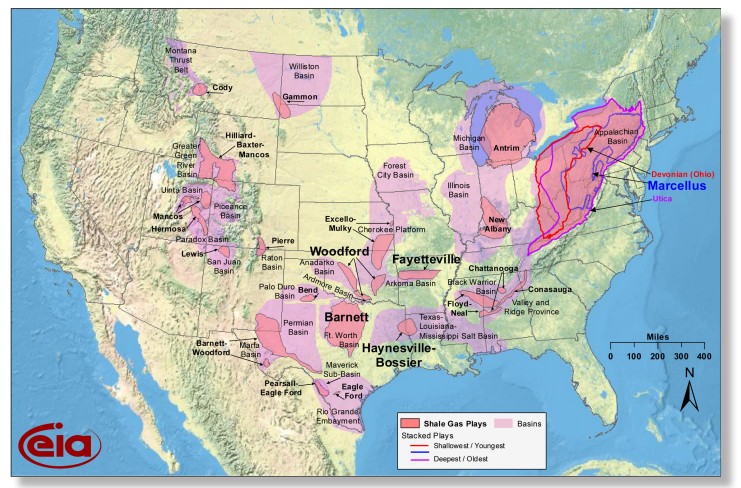 According to the the technology of hydraulic fracturing was first time used in 1947. In 70-ies of the 20th century with the support of U.S. Department of Energy a study was conducted that aimed at the development of technologies of fraktografic analysis, directional and horizontal drilling and hydraulic fracturing, which later gave rise to shale gas extraction industry.

At the end of the 20th century, and especially at the beginning of 21th century shale gas started to play a significant role in the energy balance of the U.S.

According to the , in 2007-2010 the volume of shale gas extraction has increased more than four times and reached 151 billion cubic meters. 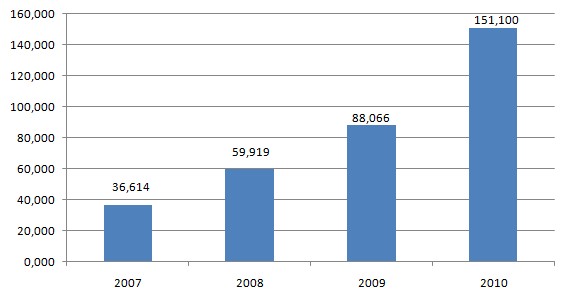